The apparent silver lining to the October, 2014 arrest of Andrew Kalleen was massive attention to the wrongful arrests experienced by our community. With many performers, BuskNY hoped that Andrew’s choice to speak out would lead to a reduction in harassment.

It turns out that the solution won’t come so quickly. This past Thursday, Erik Meier, a huge part of the performing world centered around Metropolitan Avenue, was arrested at on the Second Avenue F platform. He was held overnight and ultimately charged — this gets a little surreal — with “loitering” and “sleep[ing] or doz[ing] where such activity may be hazardous to such person or to others.” 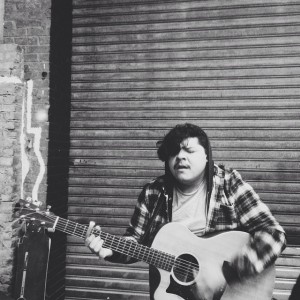 From everyone involved in BuskNY, we’re deeply disappointed. It’s time for the NYPD to address the need to train its officers — and it’s time for the MTA to address the role that its promotional program, Music Under New York, plays in generating misconceptions. MUNY’s well-publicized auditions have led too many New Yorkers believe that program membership is a legal requirement — and every year, that leads to wrongful arrest of the freelancers who give over 90% of all subway performances.

There’s good news. Folks are organizing out there, and Erik is not going to hesitate to sue. (He won’t have difficulty, either: in the last three years, performers’ suits have added up to $50,000 or more in wrongful arrest settlements). Still, it’s tough for those of us performing. Keep the songs coming — and reach out if you need a banner or another copy of those rules!